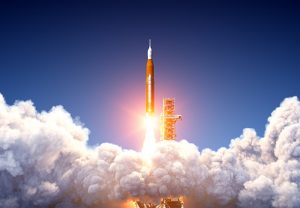 I have to say I’ve been to more book launches around the world in the past year than I could have dreamed of. Technology made it possible. Thanks to an acceleration by experts in making tools available to us every-day users, we were presented with better, smoother and almost seamless interactive facilities. Authors and publishers soon got into the groove and became familiar with talking to the world while talking to themselves. We were in a whole new literary ball-game. So much to learn. So much to overcome. And we needed to do it quickly.

But is it better? Worse? Or just very different?

I experienced it all first hand when, on January 1st, my book, Fishermen’s Fingers, was released. I wanted it to be like other launches I’d attended over the years. So the book-cake was ordered, e-invitations were sent out in their hundreds and I dickered around with Facebook Live wondering if I could pull this kind of launch out of the bag. My publisher is on the other side of the continent so time zones didn’t offer a solution with distance hosting at that point.

But it happened. The book launched. Small chunks were read. The cake was cut. Pink fizzy wine was poured (and drunk). There was much laughter across many miles. Questions were asked and some were answered. I should add that I dressed for the occasion, even down to the shoes and lipstick. I wanted to feel that I really was up at the podium letting the gathering know that I was taking this seriously.

Seriously? What fun we had. I’d been given the advice: just be yourself. I thought it would feel strange talking to myself. Smiling at myself. Laughing at the oopsies. But it wasn’t. It was the best first virtual launch experience for me that I could have wished for.

My next book, While the Kettle Boils (micro fiction), was released in early March. We, my publisher and I, decided to hold off on a formal launch for a while and to just let the book make its own way into the world, then, out of the blue I was invited to give a self-hosted 15-minute reading at the Small Press Book Fair on 6th March. This was an international virtual book fair, a first time for them, a first time for me. I had no idea who would come. I used Zoom this time, so very different to Facebook Live. People I didn’t know came and chatted together. People found they had common history and became friends. I read randomly from the book. My 15 minutes turned into an hour. There was no cake (my waistline wouldn’t take another!) No pink wine either. But I did have a poster this time for my backdrop.

I’ve asked other writers about their own experiences of these virtual launches. Every one came back with a similar response:

“I was able to do readings in places that I never would have had a chance to do in person.” And “Oh yes! I also think online reviews, blog tours and articles support book promotion in lockdown.”

The downside: “Not being able to meet our readers, to sign books, to sit down and chat over a bottle of wine. Nor to shake hands, to absorb the applauses. To share in a much more real way, the birth of a new book.”

I also contacted Laura Besley, once a valuable member of the writing group prior to Pens Around the World. She’s now a successful author and writing competition judge. This is what Laura had to say, “My publishers have organised a blog tour for my upcoming microfiction collection, 100neHundred, running over 9 days consisting of mainly reviews, a Q & A, a guest blog by myself and two exclusive publications of stories from the collection.” So, here’s yet another approach to launching our books during these restricting times. Laura’s blog tour details are here:

In another time, with no pandemic restrictions, this would have been my choice of venue. It is the little community hall just down the road, where once lived our little free library too.

Or I could have ventured into the city of Halifax (Nova Scotia) and read somewhere in the depths of the very beautiful and facility-packed library there.

But for now, it’s just you and me kid (I say to my screen-self and raise an eyebrow.)

So fellow writers, how is it working out for you?

Sue Borgersen
S.B. Borgersen is a Canadian author and poet originally from England. She shares her Nova Scotia home with her patient husband and three rowdy but lovable dogs. Her favoured genres are micro, flash fiction, and poetry. She is published internationally in literary journals. Sue’s 2nd book, a micro-fiction collection: While the Kettle Boils was released in March 2021. It includes, as a bonus to readers, her novella: Fishermen's Fingers. Her collected poems: Of Daisies and Dead Violins, releases in December. A 4th book, a novella: Eva Matson, will release in 2022, initially in digital format. In April 2023, a collection of short stories: The Sequence Dance, will be published. Her publisher is Unsolicited Press. www.sueborgersen.com
View All Posts

Group Member
Subscribe for updates
Complete this form to receive an e-mail when we post a new Monday Muse or Bi-weekly Wisdom. Complete your subscription by clicking on the subscribe link we sent to the e-mail address you gave us.
Recently Active Members